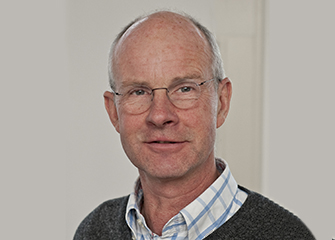 Prof. J.A. (Dano) Roelvink has 32 years of experience in coastal engineering and research. He has participated as team member and as project manager in a number of major consultancy projects related to coastal morphology. He has managed the development of the Delft3D model system, and has heavily contributed to development of the morphological part of this system. Since 2005 he has been Head of the Chairgroup Coastal Systems & Engineering and Port Development at UNESCO-IHE; since then this group has grown quickly in staff, students, research and societal impact. He is a strong proponent of international scientific cooperation with various parties in order to further the state-of-the-art in morphodynamic modelling and has set up collaborative projects with the US Geological Survey, the US Office of Naval Research, the Army Corps of Engineers, as well as with numerous institutes in France, China, Vietnam, Bangladesh, Brazil and West-Africa. He has initiated and currently leads the development of XBeach, an open-source model for storm impacts on beaches, dunes, barriers and reef coasts. In 2011 he published a bestselling ‘Guide to modeling coastal morphology’ with World Scientific. In 2017 he received the International Coastal Engineering Award from the Coasts, Oceans, Ports and Rivers Institute (COPRI) of the American Society of Civil Engineers for “his tremendous contributions in leadership and development of the theory and modeling of coastal morphodynamics, and for his role as an international educator in the field of coastal dynamics.”