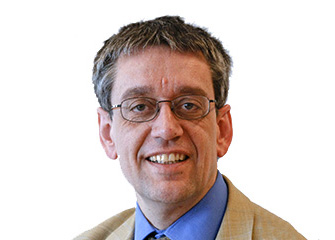 Prof. Dr. Eberhard Gill, born 1961 in Germany, received a diploma in physics and holds a PhD in theoretical astrophysics of the Eberhard-Karls-University Tuebingen, Germany. He holds a Master of Space Systems Engineering of the Delft University of Technology.

He has been working as researcher at the German Aerospace Center (DLR) from 1989 to 2006 in the field of precise satellite orbit determination, autonomous navigation and spacecraft formation flying. He has developed a GPS-based onboard navigation system for the BIRD microsatellite. Eberhard has been Co-Investigator on several international missions, including Mars94-96, Mars-Express, Rosetta, Equator-S and Champ and acted as Principal Investigator on the PRISMA formation flying satellite mission. Since 2007, he holds the Chair of Space Systems Engineering at the Faculty of Aerospace Engineering of the Delft University of Technology. The chair has developed the nano-satellites Delfi-C3 and Delfi-Next, successfully operating since their launches in 2008 and 2013. In 2013, he has been appointed also as department head Space Engineering at the faculty. Eberhart’s research interests include miniaturized space systems, navigation, distributed space systems and Systems Engineering.

Eberhard has authored or co-authored more than 250 journal articles and conference papers and four text books: Relativity and the Earth’s Rotation (Springer 1990), Satellite Orbits (Springer 2000), Applied Space Systems Engineering (McGraw-Hill 2009) and Distributed Space Missions for Earth System Monitoring (Springer 2013). He holds three patents on GNSS applications, attitude control systems and Formation Flying. He has been awarded Senior Scientist of DLR in 2006. He has been cluster lead of MISAT, a large research program on Micro-Systems Technology. He is chairman to several conferences, editor of text books and Journals. Eberhard served as research advisor for universities and as board member for research institutions. In 2008-2011, he has been program director of the SpaceTech postgraduate program. In 2014, he has been appointed full member of the International Academy of Astronautics (IAA). Since 2015, he is founding Director of the TU Delft Space Institute.