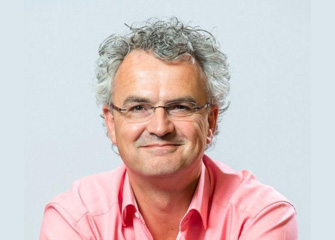 Johan van de Gronden is a moral philosopher and conservationist. He was the CEO of the World Wide Fund for Nature in the Netherlands for 10 years (2006-2016). His essays on man and nature are published by Athenaeum – Polak & Van Gennep in Amsterdam. He currently chairs the Netherlands Committee of the International Union for Conservation of Nature (IUCN) and the European Board of the Amazon Conservation Team. He is an advisory board member of DOB Ecology and he chairs the Early Music Foundation in Utrecht. Johan is the incoming chairman of the executive board of the Dutch Cancer Society. He is married with two daughters.