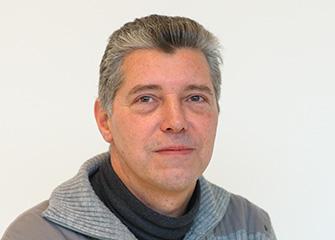 Dr. Rob van Treuren completed his MSc study in biology in 1987 at the State University Groningen. His MSc study included population genetics as principal subject and human genetics and theoretical biology as subsidiary subjects, while he also obtained his teacher’s degree in biology and was a tutor in the courses general ecology and population genetics. In 1987 he started his PhD study at the department of Genetics of the State University Groningen, and in 1993 he defended his dissertation, entitled ‘The significance of genetic erosion for the extinction of locally endangered plant populations’.

During 1994 he worked as postdoctoral researcher at the department of Genetics of the University of Oulu in Finland. During this postdoc position he started working with molecular marker technologies, which he applied to study population differentiation and the genetic basis of inbreeding depression in plants. From 1995 to 1997 he was appointed by the Netherlands Organisation for Scientific Research as postdoctoral researcher at the department of Genetics and the department of Animal Behaviour of the State University Groningen. During this position he further developed his molecular genetic expertise through the application of marker technologies in ecological and behavioural research in oystercatchers. In 1998 he started working as scientific researcher for the Centre for Genetic Resources, the Netherlands (CGN) at the Centre for Plant Breeding and Reproduction Research (CPRO-DLO), the predecessor of the current Plant Research International (PRI). Application of molecular marker technologies in the management of plant genetic resources formed the focus of his research work at CGN, but the scope of his research has widened over the years.

Currently, Rob is a senior scientist at CGN, combining scientific research with curating CGN’s leafy vegetables collections (lettuce, spinach and corn salad). He is the coordinator of the Fundamental Research project on plant genetic resources at CGN, and has been involved in nearly 100 publications. He has participated as co-initiator, sub coordinator and work package leader in several EU-funded projects, and from 2006 to 2014 he has been chair of the working group on leafy vegetables of the European Cooperative Programme for Plant Genetic Resources (ECPGR).