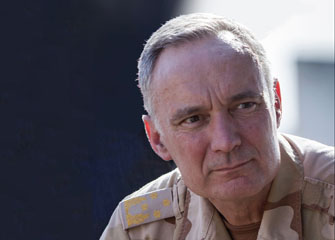 General  (retired) Tom Middendorp is a Four-star general who was appointed Chief of Defense of The Netherlands in 2012. The Chief of Defense is The Netherlands’ highest-ranking military officer, serving as the most senior military advisor to the Minister of Defense. On behalf of the minister, General Middendorp was responsible for preparing and executing military operations carried out by the Netherlands armed forces. General Middendorp previously served as the Commander of the multinational Task Force Uruzgan in Afghanistan as well as fulfilling a variety of functions within the Ministry of Defense and the Dutch Armed Forces.